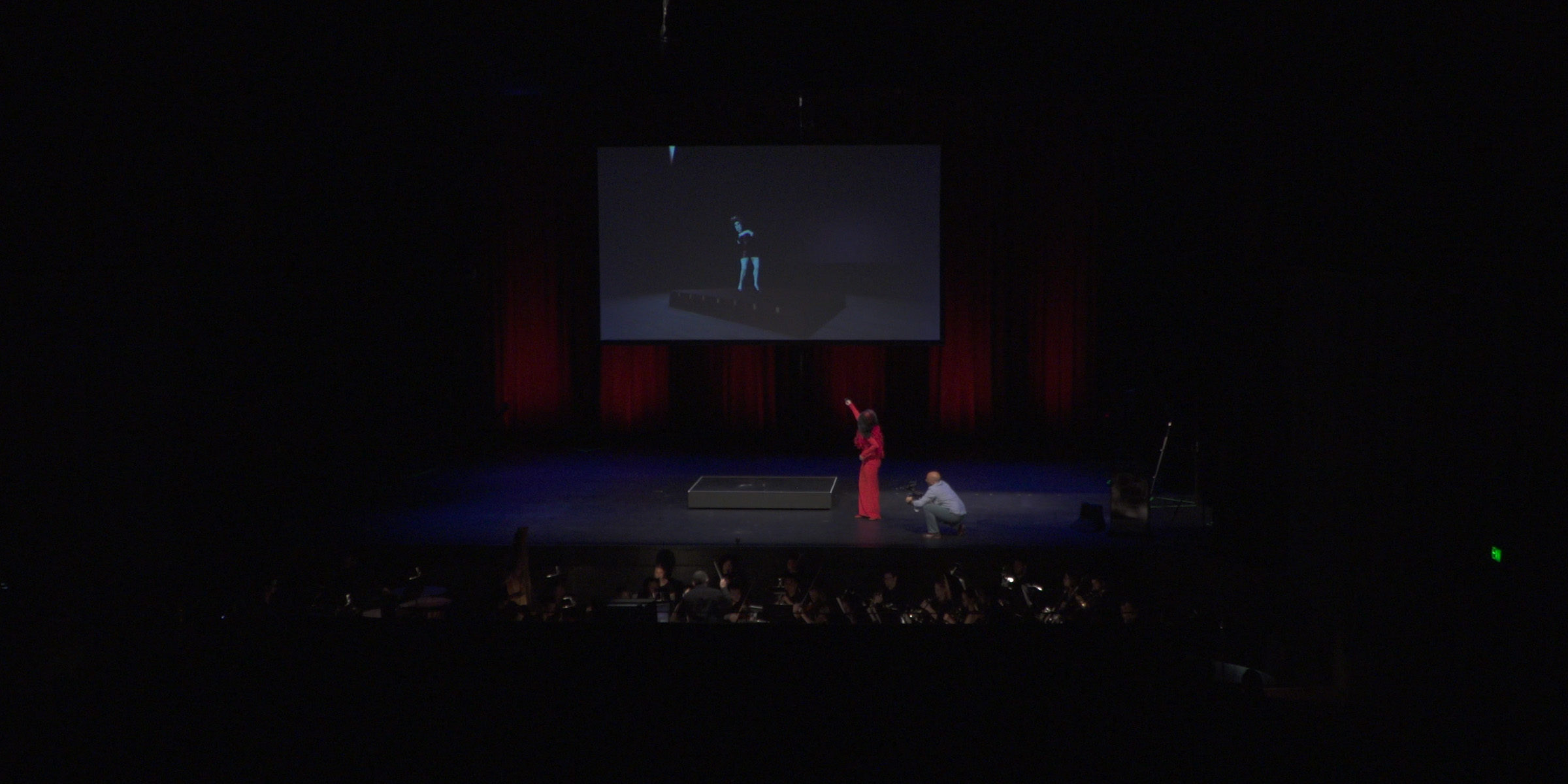 The She’s Not There project opened the Griffith Film School’s hosting of the CILECT (Centre International de Liaison des Ecoles de Cinéma et de Télévision) congress, Queensland Conservatorium Theatre, Brisbane, on November 20, 2016. Conceived and directed by Griffith Film School staff, Louise Harvey and Peter Moyes, the project utilised motion capture of a vocal performance by Christine Johnston for the 3D animation of a fictional cabaret singer, Ms. Burly Chassis. Retaining the vocal track laid down by Christine, composer Cameron Patrick arranged the music from The Zombie’s 1965 hit She’s Not There for live orchestral presentation. The utilisation of a virtual camera to re-present a pre-rendered animated performance for presentation alongside a live orchestra was unique in its mixing of media and modes of delivery. Full production details in closing slate.
To learn more about the production, The ‘Making of’ video is available for viewing on the Griffith Film School’s vimeo page vimeo.com/200910838