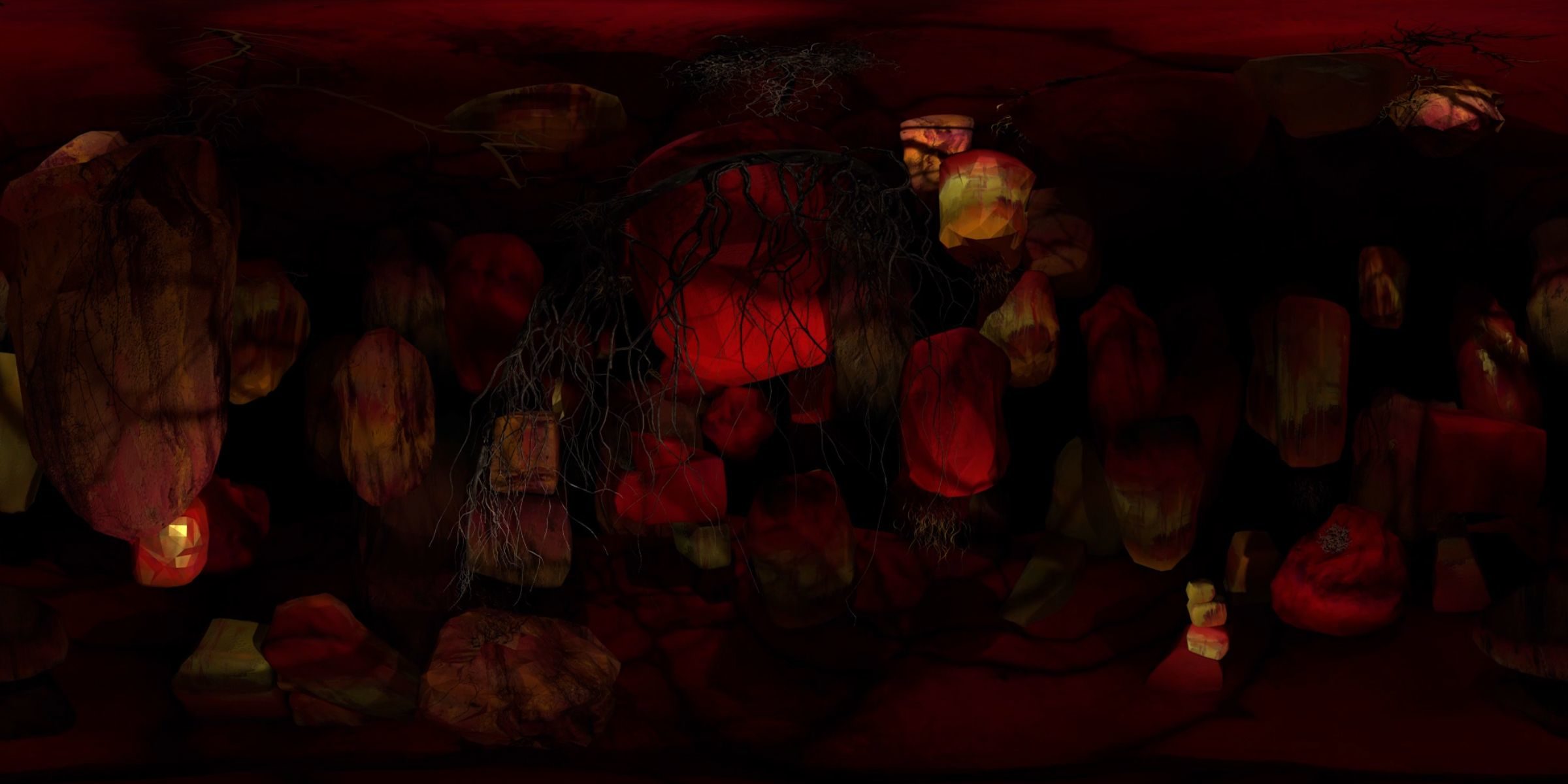 Thirst is a 3D-animated VR film created in 2018 at the Griffith Film School, and produced by Dr Peter Moyes, audio score by Dr Leah Barclay, and animation by Dr Louise Harvey.  The video is best viewed at the full resolution of 4K.

Thirst combines 3D-animated graphics and infrasonic sound to draw attention to the activity of flora and fauna within the soil.  The viewer follows the movement of tree roots in pursuit of the precious resource water. Threats from mining, agriculture and drought to Australia’s Great Artesian Basin, the largest body of underground fresh water beneath 23% of the continent, have inspired the development of the project. It is hoped that the embodied sensory experiences that immersion in such VR experiences can serve to raise awareness of the importance of wise management of precious natural resources such as water.

The audio composition was recorded and composed by Dr Leah Barclay, a sound artist and Griffith University colleague working at the QLD Conservatorium Griffith University. After seeing Leah give a presentation of her work, I discovered the hidden world of infrasonic sound – who knew that you could record the sound of tree roots growing, or worms moving through the soil! My colleague Peter Moyes and I were completely intrigued, and so began our collaboration with Leah to produce Thirst.  Peter took on the production role and also informed the stylistic development of the work through his knowledge of the theory and history of abstract animation and the historical development of immersive formats and technology in animation and film. I created the animation, using Autodesk Maya, rendering it in stereoscopic format with the Arnold renderer. Using a predominantly low-poly aesthetic afforded us the means to introduce abstraction to the work whilst also minimising render times. A further level of of abstraction was provided by creating ‘painterly’ textures for the rocks and other surfaces, rather than using photo-realistic textures. These textures were prepared in Corel Painter, which has natural media brushes that can produce brush strokes and other real-world paint artifacts in the textures. I have been using Painter since version 4, which I think was around 1997, and really think it is a most under-valued and under-utilised piece of software in the animation industry.

a sample of textures used in Thirst, created in Corel Painter